On July 23, Senator Mark Warner was joined by Congressional Representatives Bobby Scott and Elaine Luria at the HRPDC offices to host a Coastal Resiliency Roundtable. Several Hampton Roads Mayors/elected officials and Secretary Matthew Strickler participated in this session along with representatives from the military, academic partners and community stakeholder groups.

During this roundtable, the HRPDC staff and local elected officials provided an overview on the regional work that is being advanced by the HRPDC and various community stakeholders in the area of coastal resiliency.  Information was also provided on the region’s infrastructure funding needs related to flood mitigation and coastal resiliency, and the Senator and Congressional Representatives discussed the importance of the proposed federal infrastructure package to provide funding for these critical infrastructure needs.  Senator Warner subsequently shared this information with his Senate colleagues when discussing the need for a federal infrastructure package. 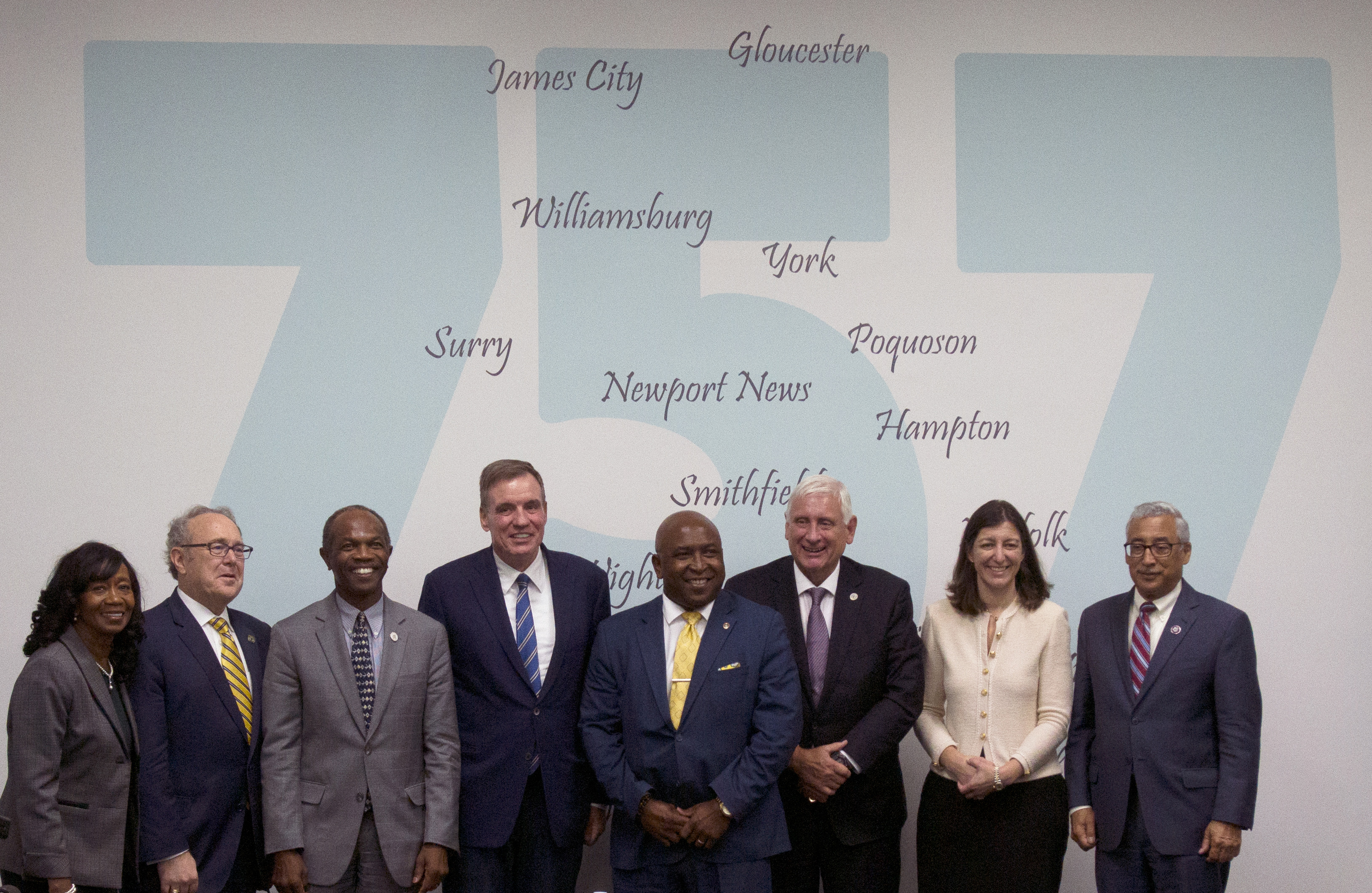