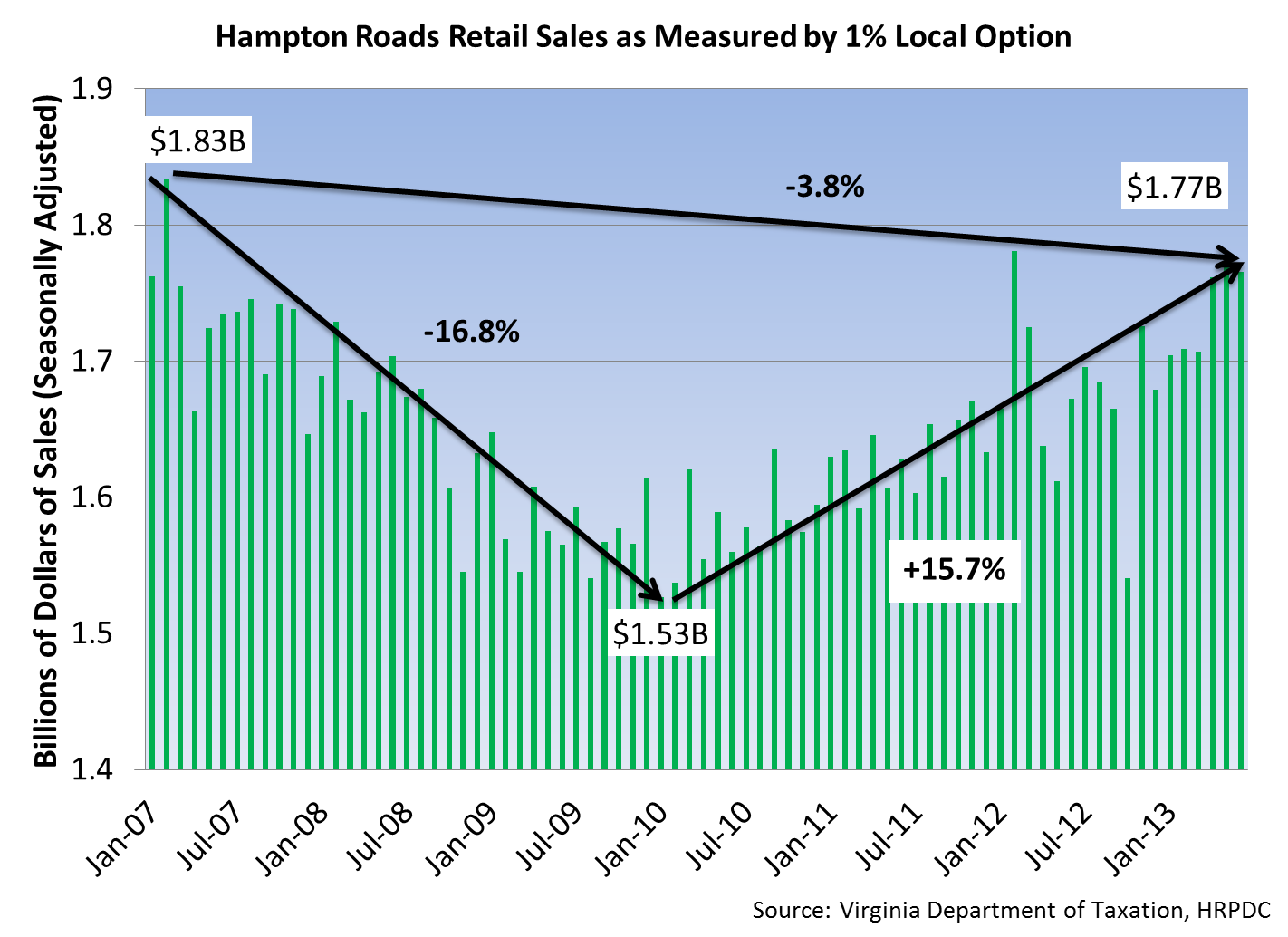 Hampton Roads has outperformed Virginia’s retail sales in the 2nd quarter of this year, growing by 3.5% between the first and the second quarter (the state retail sales declined by 0.3%). The nation has experienced stronger retail sales growth than either the state or the region, but U.S. sales figures include a much larger base of transactions, including online sales. 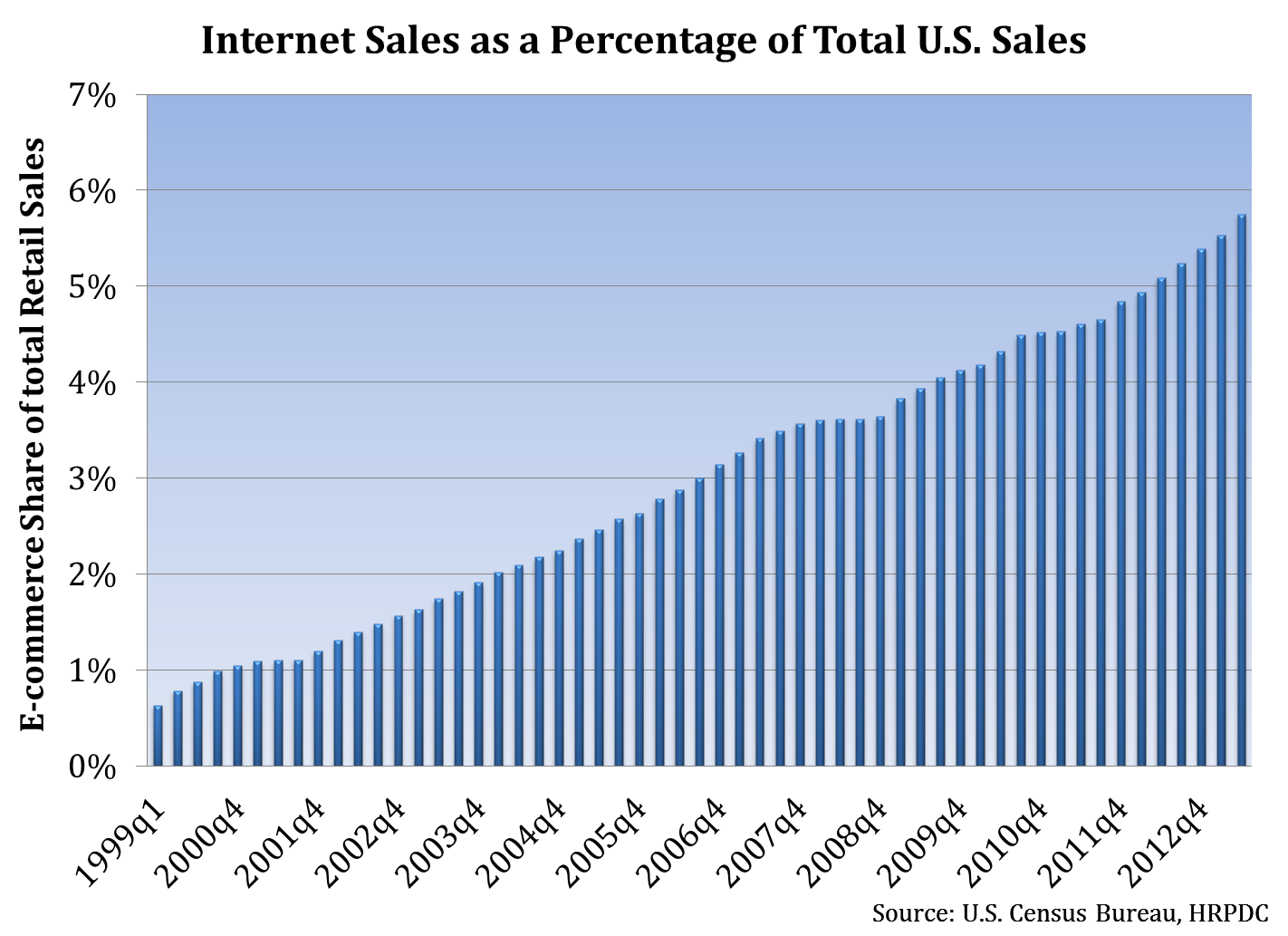 *All numbers in this post have been adjusted for seasonal effects.